We take our cars for granted.  Airconditioning, reversing camera's and GPS are relatively standard to us.  Our ancestors would never have dreamed of these features 100 years ago!

My favourite photo has been left to last.  My mother is the youngest child.
I wonder what cars shall look like in another 50 or 100 years?  Driverless?  Flying? Or something unimagined?

My father recently located a number of old calendars.  I immediately put the 1972 calendar on the wall thinking that it matched this year (2022).  However, I turned the page today and realised that 1972 was a leap year!  So the calendar is only useful January and February in 2022!  And what are the chances, but I am missing the years that I could use!  Darn!

Around every corner in our home, is a different memory.  EVERYTHING on display in our home has a meaning or memory.

No longer are collections hidden in the cupboard.  They are on display for our enjoyment.

The bookcase below is older than I am.  Mum always had medical encyclopedias in it. Now it contains World Book encyclopedias.  My inlaws invested in these encyclopedias in 1972 to assist my husband and his brother with their learning.
I am extremely grateful to my cousin for giving me the beautiful ruby block butter dish.  It is EAP Glass which was produced from 1850 to 1914.  This one is estimated to be from 1894. I suspect that this may have been a 40th wedding anniversary gift, passed down through several generations.  Perhaps a gift from my Great Grandparents Ambrose and Mary Walker (nee Mottram) to my Great Great Grandparents Alexander and Ellen Walker (nee Rowe) who celebrated their 40th wedding anniversary on 20th July 1908.  Or was it a gift to Mary's parents, my Great Great Grandparents, Samuel and Elizabeth Mottram (nee Gourley), who celebrated their 40th wedding anniversary on 27th January 1915?
Every time that I look at the pair of candelabra I think of a deceased friend, Bill Terhorst.   Bill was an engineer and very clever.  He learned blacksmith skills from one of his relatives and made two of these, with the assistance of my husband.
The good luck charm was purchased in China while I was on a trip with my daughter. 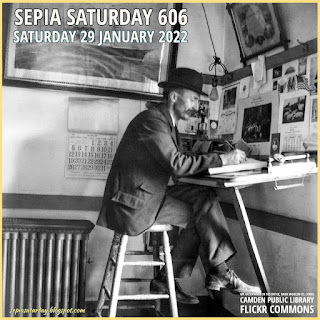 "I did not think you would get involved in this Barn Yard caper"
I can still hear my grandmother's disgust when she made a surprise visit in 1989 and became aware that I was living with my boyfriend (who is now my husband of more than 30 years).
Gran was very proper and had a religious upbringing.  She did not believe in cohabitation. If only she had known!!
Gran had always told me that her grandparents were married on the 2nd Feb 1886.  Several family history books confirmed this. 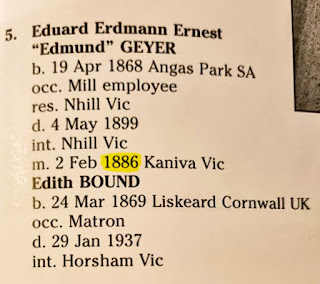 My grandmother looks so happy holding the snowballs.  She must be cold as she is not dressed for the snow. Her shoes, dress, and bare legs are totally inappropriate. But look at that beaming smile!

It is November1962 and my grandparents are aged in their early 50's.  The youngest of their four children is 17 years old.  They are getting a taste for the travel that they have been looking forward to for many years.  They had no idea that in less than three years, one of them would be deceased.

My grandmother was worried that she would be seasick on the voyage from Victoria to Tasmania.  My Grandfather told her that it was all in her mind.  He believed that if she thought she would be sick then it would happen. But guess who was actually seasick?

My grandfather had completed some unwanted overseas travel during WWII.  He diligently wrote to my grandmother every week.  Most of those letters made it back to Australia, with the main purpose being to let my grandmother know that he was missing her and the family, and that he was alive.
According to Defence records, my grandfather developed Asthma and Rheumatic Fever while in Egypt.  It was ultimately the Rheumatic fever that led to his death in 1965 at the age of 56.
My grandmother never remarried or had another partner.  I asked her once why she had not remarried.  She told me that she had 'married the best, so there could be no one else'.

However, she still fulfilled her travel ambitions.  It was her postcards from around the world that inspired my love of travel. 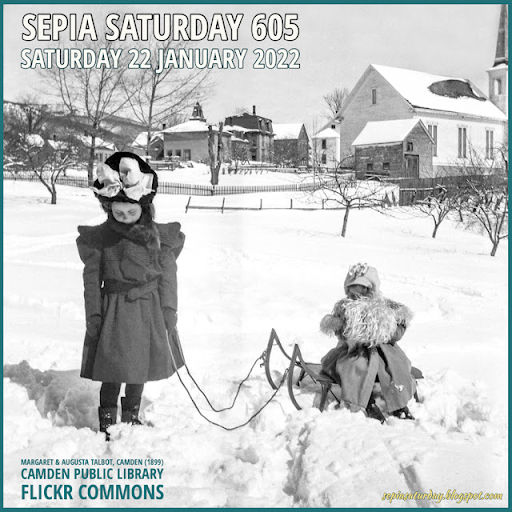 I often say that my favourite photo is yet to be taken.....but maybe it was taken near 100 years ago?

I received my first camera in 1978, to take on a school 'train trip' from Stratford to Swan Hill (Victoria, Australia) and return.   Although those first photos were terrible (blurred and on an angle with no thought about composition), I was addicted, and have been taking photos ever since.

Was it that school train trip that inspired my love of taking photos (recording memories) or was it genetic?  Although I knew that my maternal grandmother was keen on 'taking snaps', I did not realise that she had real talent and had been taking photos since her teens.  It was only after she died in 2006, that I became aware of some of her photo albums.  The earliest of Gran's photos were taken in 1927 when she would have been 17 years old, and continued until her later years.

There are many wonderful photos in my grandmother's albums, which give a fantastic insight into a different time.  I am not sure now where the below photo came from, but I believe that it came from my Great Aunty Mavis' photo albums. It has always appealed to me and is the background for this blog. I don't know when it was taken or where, but it speaks to me of a different time. It may not be of great quality but look closely as there is so much detail in this photo.  For me, it tells a story, but it also makes me wonder.......
The photo below is another of my favourites.  Look at the size of those horses!  Even the chook in the background is big! Does anyone recognise the hill in the background? Could this be taken on Lloyd Street, Moe?

This is the third post of the 52 ancestors in 52 weeks challenge.
#52ancestorsin52weeks
This weeks prompt is "Favorite Photo" but I could not limit it to one!
Posted by Sharon at 12:26 AM 2 comments: